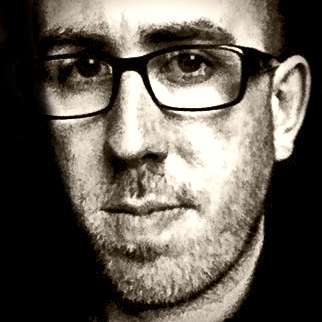 I've been writing since I can remember, and still have tatty old diaries and notebooks full of teenage angst and terrible poems. I started to focus on improving my writing after leaving University of Sunderland in 2000. I took a short creative writing course at the university in 2001. Then work took over and I started to learn how to write for different formats, including newsletters, magazines, press releases, and websites. In 2003 I joined another short-term writing course at a local college.

And then, in 2005, I stepped things up a gear and completed a Postgraduate Certificate in Creative Writing at Northumbria University. After that, work took over again and my free time was limited, so I started writing short stories and flash fictions whenever I could, but didn't really send them anywhere. But in 2009 I entered a 55-word flash fiction, called 'Short sharp shock', into a competition run by a book publisher, and my very short story was picked as one of the winners. 'Short sharp shock' was published in a paperback anthology of short stories called 'Even More Tonto Short Stories' in 2010. Also in 2010 I was a runner-up in a competition run by The Guardian to win flights to California by writing a film review in 140 characters (the length of a tweet on Twitter). But 2012 was an even better year, with three of my 75-word flash fictions featuring on Paragraph Planet: 29 March 2012, 3 August 2012 and 30 November 2012. And in August 2012 my short story 'Once a player' was runner-up in a competition run by author Emily Barr. I'm aiming to get my first draft of a novel on paper by the age of 40 and self-publish a book of short stories before then. In the meantime, come and say hello on Twitter where my username is @_MattReilly

Use mouse to scroll through paragraphs

Paragraph Planet is a creative writing website which has been publishing one 75-word paragraph every day since November 2008. Famous authors, aspiring writers and occasional dabblers have all got involved, submitting a mixture of twist-in-the-tale flash fiction, evocative short, short fiction, openings of published novels or brief moments captured. Get involved here. You can read over 1400 examples in the archive section. There are also interviews with some of the published authors who have submitted to the site, as well as an authors in which you can read an example paragraph from all authors who've submitted, and also link to dedicated pages with more info about regular contributors. Finally, I've started compiling a writing group map to help you find a writing group near you. And if you're still reading, and want to know what else I do apart from Paragraph Planet, here's my own website. All words and images (c)Paragraph Planet 2008-2013