Tell me about 'MY BROTHER WAS A KANGEROO

The collection is made up of stories published in literary magazines and journals, stories which have won competitions and been published in other print anthologies, with the addition of many new stories. Some of the stories have been published online and readers were asking for them in print. I enjoy reading short stories as a collection, so the idea of a compilation of stories felt right. They represent a range of styles, some are more experimental than others. I think many of them draw on my travels from around the world, so there is a global feel to them.

How have you chosen the order. Chronological, theme, contrast?

I wanted to contrast the stories by breaking up themes and styles, and to mix longer and shorter stories. I suppose this is partly to surprise the reader.

How did the stories change over successive drafts?

Many of the stories were treated with a scalpel; thinned out and tightened. The short story form doesn't afford the writer extra words. This is particularly so with Paragraph Planet. I wrote the title story, My Brother Was a Kangaroo, specifically for this, keeping the story to a bare 75 words and I wrote something quirky to match the style of many other stories published on the site. 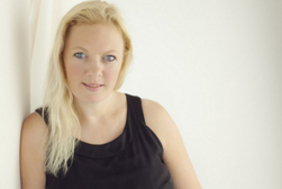 How important is an online presence to a writer?

I think a digital presence is hugely important, although an international move and the arrival of baby number three has slowed down recent blog posts and online activity. Personally, I have found blogging and twitter to be a key part of a writer's online presence. I have been approached by agents and publishers on twitter alone. Networking with other writers has also been really helpful.

Which short story writers have you been influenced by?

So many. Alice Munro, William Trevor, Hilary Mantel, to name a few, and I love Chekhov and Kafka.

You've also written a novel 'Take me to the Castle'. How is short story writing different to the novel length?

It is an entirely different animal. Some compare a sprint with a marathon, but it is more than that. The short story should give the reader an intense insight into a moment, a snippet of life, and hold them there until the story takes on a life of its own and the reader finds themselves fixed in that moment, absorbing the sights and sounds.

What's next on the writing front?

I need to edit my second novel, which I'm quite excited about. I left it to rest while getting gathering the short stories together, but it's time to go back and prune. Watch this space.