Tell me about your novel 'The Peacemaker'?

It's a western. To a lot of people under the age of 40 the idea of reading, writing or even watching a western is bizarre, but for people over that age, westerns were a huge part of their cultural landscape. If you grew up like me in the 60s into the middle 70s you were deluged with westerns - movies constantly on TV and a steady diet of TV Westerns like The Virginian, Bonanza & The High Chaparral. Any ordinary citizen in Britain c. 1970 was generally quite clued in about the history of the 'Wild West', most of it taken in from TV and movies, although writers like Louis L'Amour and J.T. Edson were quite popular. Then, almost overnight, the western reached saturation point and practically vanished - John Wayne's last movie was in 1976, in 1977 Star Wars stepped in to fill the void and westerns stopped being made, apart from the occasional revival like Clint Eastwood's 'Unforgiven'. Whilst I don't think the western will ever entirely die, I can't imagine it will ever again have the cultural dominance it had in the 40s, 50s and 60s. But I was raised on westerns, I still love them so I still write 'em! THE PEACEMAKER is set in the Arizona desert in 1871. At its core is an interracial love affair - the young white hero finds himself in love with an Apache Indian girl whilst their 2 peoples are at war. They end up in danger from both Apaches and white men, whilst also struggling to survive the desert itself. It also brings in historical elements. The peace they're trying to make is with the great Apache chief Cochise. It was fun trying to fit a real historical person (although much about Cochise is fairly mysterious) into a fiction narrative.

What are your inspirations?

I read avidly as a kid - but whereas others liked home-based/ school-based stories I liked adventure stories set in exotic locations and legends like Robin Hood and King Arthur. I particularly liked the historical novelist Rosemary Sutcliff. I knew if I started writing it would be adventure stories - the bigger and more epic the better. Getting into adolescence I read Ian Fleming, Hemingway, Raymond Chandler. Then I discovered western writers who could somehow humanise their stories, make them realistic and avoid cliches - e.g. an Englishman, John Prebble in THE BUFFALO SOLDIERS, A.B. Guthrie Jr. in THE BIG SKY, Elmore Leonard in HOMBRE. In relation to westerns I've also been hugely influenced by movies and TV westerns, particularly movies starring John Wayne and/or directed by John Ford. That inspired me to read western history. I was particularly moved by accounts (such as 'Bury My Heart At Wounded Knee') of the tragic near-destruction of the American Indians in this period, aspects of which are covered in THE PEACEMAKER.

Editing. I tend to write a chapter at a time and it's a 3 day process. Day 1 is my least favourite - it's the grind of the first draft, which I find is the hardest part. You tell the tale of the chapter, you cover the story points, but it's a slog and the writing may not be that good. But on Day 2 you wake up and re-draft it into shape, which in my case is almost all cutting. I may re-write or re-arrange bits but mostly all I do is cut - like pruning a hedge, or clearing the weeds out of the garden so you can see what you're after. Day 3 is usually easy - polishing, just doing a bit of tweaking and tidying up. Then I sit back for a few days and let the next chapter simmer in my head until it's ready to be tackled.

Enormously. I haven't just written westerns, I've also written thrillers and historical novels, but they all seem to end up being set in big, wild landscapes. A common theme of mine seems to be a man and a woman being tested against a wilderness. The landscape itself becomes a character, shaping the behaviour of the characters. Westerns cover an extremely wide range of settings - there's movies like 'High Noon' that are entirely based in a town - but my taste runs to outdoor ones, the more primitive the better. My favourite TV Western series was 'The High Chaparral' because it was filmed on location in the Southern Arizona desert, which is the setting of THE PEACEMAKER. Similarly John Ford's best westerns used majestic locations like Monument Valley. In landscapes like that you find beauty, poetry, harshness and drama, which are elements I hope feed into PEACEMAKER. It also creates authenticity and realism. 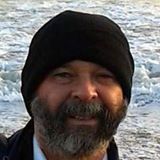 I've taught creative writing and picked up some good tips along the way. One is 'don't get it right, get it written.' Don't sit there agonising, waiting for the world's greatest sentence to occur to you before you write. WRITE SOMETHING ANYWAY. Produce words, even if they aren't great. You can always shape, change, expand on words written. You can't do anything with a blank page. Novelists, particularly, need to have a time/ word count discipline. Give yourself a DEADLINE: for example you may decide you want to write an 80,000 word novel in 2 years. That works out about 110 words a day. Make sure you keep to your routine and write those words, otherwise you'll join the ranks of would-be novelists who spend 7, 9 or 11 years writing a novel. And another tip is persist, KEEP TRYING. There's a saying: 'What do you call a writer who never gives up?' Answer: 'Published!'

I'm lucky, I'm a story-teller, I don't write just out of my direct experience (as Harper Lee did for example) but I'm happy to have a go at yarns set in any place or era. (Not that I'm comparing myself with Harper Lee!) I'm finishing up a novel about Robin Hood and I've got ideas for at least 2 more westerns, a thriller and at least half a dozen historical novels. Whether any or all of them get written is another matter!

Paragraph Planet is a creative writing website which has been publishing one 75-word paragraph every day since November 2008. Famous authors, aspiring writers and occasional dabblers have all got involved, submitting a mixture of twist-in-the-tale flash fiction, evocative short, short fiction, openings of published novels or brief moments captured. Get involved here. You can read over 4000 examples in the archive section. In the authors directory, you can read an example paragraph from all authors who've submitted, and also link to dedicated pages with more info about regular contributors. There's also a Blog Directory of authors who've contributed to the site. If you can - and there's no obligation - please support the site via Ko-Fi.

All words and images (c)Paragraph Planet 2008-2021. Concept developed by Richard Hearn. If you would like to support the site, PP has a Ko-Fi page.