JB talks to Paragraph Planet about his latest novel

I'm finding this question surprisingly difficult to answer. But basically it's about six months after we left Frank alone in his West Sussex flat in the first book. He receives some bad news from his daughter in America that makes him want to immediately fly to her rescue. But with no money he can't do that. When something turns up that presents him with the opportunity and means to go, he jumps at the chance, in spite of the potential negative consequences for his own life. In LA he has a rare holiday, has a great time, spending a lot of it with his granddaughter, with whom he conspires to mend his daughter's life.

How is writing a sequel different?

The main thing was having certain rules to follow because of the back story established in the first book. I did have to find ways around certain aspects of that to advance the story. For example I knew Frank had a daughter and a granddaughter who lived in LA. And that Frank was in England with his cat and no money. So he couldn't simply book a flight to America. There's more of Frank's late wife than in the first book. When he spends time with his daughter and granddaughter they both remind him of his wife and he finds himself thinking a lot about her. I had considered writing a prequel, about Frank and his wife at one point. The sequel did take less time than everything else I've written because a certain amount of it was already in place. And also I didn't need to switch back and forth between first and third person when I doubted myself. Which I've done with all my other books.

I read THE EXTRA ORDINARY LIFE OF FRANK DERRICK, AGE 81 last summer, and really enjoyed it. When I have written humourous novels in the past, I cling onto favourite scenes because they're funny, even if they don't work for the plot. How did you make those editing decisions?

Thank you. I'm the same but I've tried not to write 'jokes' just for the sake of it. Hopefully the funny stuff comes from the characters and their situations. Or it's there in my writing style. I have actually made myself laugh out loud at least once with these books. Which is pretty bigheaded of me to admit to. 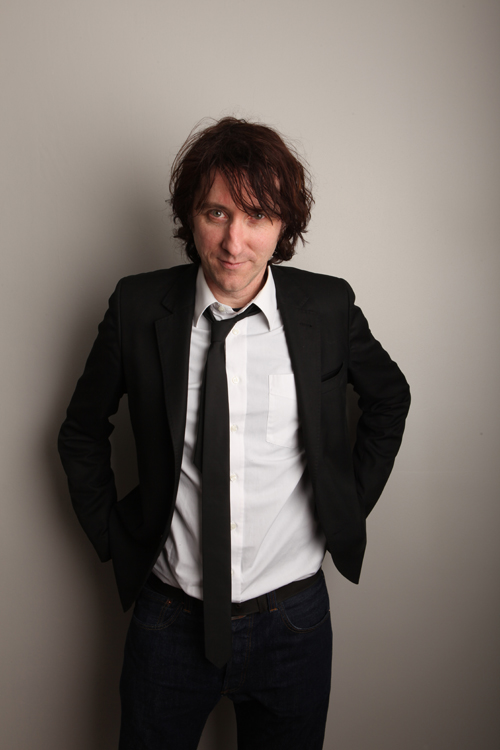 Do you use social media to promote your work?

Probably too much. I'm on Twitter and Facebook far too much. I've being doing a countdown of ice cream vans to promote the book, using short videos and images and posting them online. I started too early though and had to find 36 different ice cream van scenarios. I'm not convinced many people are even that interested. I think they just want to read the book. Everything else is gravy or whatever it is people say. Sides?

I've been writing another novel, which I'm calling the difficult fifth novel. It's the first time that I've had no other distractions like band live shows or solo albums to record. I'm not sure that's a good thing. I'm terrified of time running out and time wasted. I waste a lot of time. I have zero self discipline.

Born in London ages ago to his two parents, Frank and Jenny, J.B. Morrison is a musician and already the author of three novels - Storage Stories, Driving Jarvis Ham and The Extra Ordinary Life of Frank Derrick, Aged 81. Goodnight Jim Bob is an autobiographical account of his ten years as singer with punk-pop band Carter The Unstoppable Sex Machine.

With Carter USM J. B. Morrison had 14 top 40 singles and a number one album. He played all over the world, headlined Glastonbury and was sued by The Rolling Stones. He's also made a ton of solo albums and written the screenplay for a film. Plus he was in a musical, in 2010 at the Edinburgh Fringe.

Is there no end to his talents? Yes. Everything not mentioned here. Don't ask him to put up a shelf or cook you dinner. The shelf will fall off the wall and you won't like the food.

Get the book here!.