Sally talks to Paragraph Planet about her novel 'Dark Aemilia'

Dark Aemilia is the story of Aemilia Bassano, later Lanyer. She is a real historical person, the first woman to be published professionally as a poet. Some academics also think she might have been the mysterious 'Dark Lady' to whom Shakespeare dedicated his later sonnets. (These poems are angry and intense, and suggest that this was an obsessive and painful relationship.)Ę

I wanted to write about the love story between Aemilia and Will, but also to focus on the conflict and rivalry between two fellow artists, and on obstacles that women in Early Modern England had to overcome if they wanted to be more than domestic appendages to men. (Most, it has to be said, did not even try to escape their circumscribed role as the property of men.) Aemilia was a proto feminist, a one-off.

It's also inspired by Macbeth, and I tried to channel some of the dark, foreboding horror of that play without giving myself nightmares.

With a historical novel, what comes first, research or plotting? How do the two stages work together?

I am at an early stage with my next historical novel, set in the Restoration period, and I wish I knew! I think that writing a book is always a messy, to-and-fro process, and that sometimes writers need to overcome the temptation to try to tidy everything up too soon. You have to keep it messy and uncertain for quite a long time, otherwise you are closing down the imaginative discoveries that researching and drafting can inspire. (Every writer is different, though, so others may disagree. I know some people are keen plotters. I'm not.)

I also think that the creative potential of research is underplayed. There are amazing lateral connections to be made during the research process, and one of the great joys of writing Dark Aemilia was delving into the minutiae of lives in sixteenth and seventeenth century London, finding out about shoes and drinking cups and household spells.

I love the phase when you have written a decent first draft, and are now in the Zone, going into the world that you have invented and really getting down to refining and polishing what you have already written. Quite big changes may still be made at that point, but you feel confident that you have built a structure that can see you right.

I sometimes compare it to the later stages of 'Grand Designs' where the glazed units have just been put in and everyone has a glass of wine with Kevin Macleod. (Rather that the part when they realise the cellar is filling up with water - this is the equivalent of finding out that you need to jettison 30,000 words and start again.)

Which authors have inspired you?

Rather an eclectic bunch, and not many of them writers of historical fiction. I am a big Jane Austen fan, not particularly interesting of me, but also grew up reading George Orwell, all his novels and most of his essays, and I love the economy of his writing and his passion for common sense and clarity.

In my twenties I discovered Rosamond Lehmann and Elizabeth Bowen, and I'm a huge fan of their intense, observant writing. I also love short fiction, and the work of Raymond Carver and George Saunders. I always thought I would write contemporary realistic fiction, rather than historical fiction with a dash of necromancy! 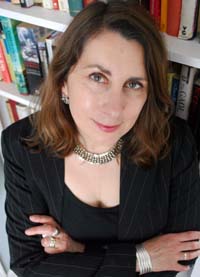 How do your successive drafts change?

Hard to say, because they vary so much. There are some sections which have hardly been changed at all, and others which I have gone back over more than a dozen times. I think the key changes are often about being more specific and dramatizing what is going on more vividly.

But sometimes, the changes are about cutting back, pruning away all the waffle and verbal throat-clearing that characterise early drafts. And sometimes they are like continuity in a film, you realise that you made a change on page 99 and now page 9 doesn't make any sense.

Do you believe in writer's block?

No, but I do believe in writer's panic, anxiety and paranoia! When I was writing my second novel 'You Spin Me Round' I wrote quite a lot, quite quickly, but my first draft was disappointingly rubbish, and I had no idea how to fix it. Everything I wrote seemed to be worse than the awful stuff I had already come up with. I got there in the end, sort of, but I hadn't written a 21st century version of Doris Lessing's 'The Golden Notebook' which is what I had in mind.

My solution to most writing problems is to keep writing, and I can't think of an issue that is resolved by not writing. I mean, go for a run or something, but get back to it afterwards. If you are serious about writing, you need to keep on and on and on. It's not about inspiration, it's about necessity. I've written perfectly well with a killer hangover, and with children yelling in front of the TV. I just kept on because I had to.

More info on Sally can be found on her publisher's website here.